Is No Goal the Better Goal? 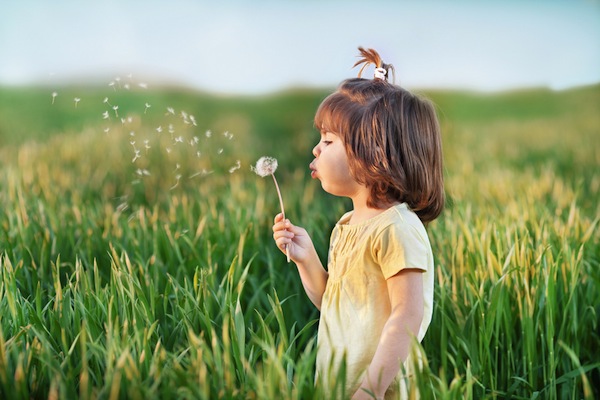 „Life is the art of drawing without an eraser.“ ~ John W. Gardner

I personally believe in the power of setting the right goals in order to make difficult changes in my life. There has been a time in my life that seemed to be like a crossroads: will I continue to be really unsatisfied and depressed, feeling numb and not really conscious OR will I finally raise above this state and find my way to explore my potentials. I can remember that time in my life when I was literally shifting between those two states, questioning and still hoping to make the right turn eventually. And while I was very, very slowly getting out of a depression, I also began to learn how I can take what seemed to be a distant dream to me at that time, imagine it and wow … maybe even have that some time in my life!

Goal-setting was a new method, a technique of taking that vague thought somewhere in the back of my head, that was competing with all the other negative thoughts, and helping this particular thought to become more dominant in my mind. I realized that I wasn’t helpless and not bound to destiny or what was happening around me. No, I can look inside myself and find out what I truly wanted and even go for it. I could find out what would help me to finally get everything out of myself that was buried deep down.

And that exactly is what goals can do for you. I’m convinced that goals are especially great to make real changes. When your current reality and what you represent is pretty radical different from where you want to go, when you want to change, it is that goal-setting really shines.

Because what is goal-setting really? It is taking a dream that seems almost unreal to you right now, as described in my story above, and put the stake down on that dream. You write it down and just by doing that, very slowly, you start to create this dream. A goal is nothing else as a thought that wants to become real. So goal-setting can be a reality-changer because it helps your mind to focus on making this new idea of your could-be reality come true.

What’s Really Behind „No Goals“?

Lately I see bloggers advocating to use a „no goals“ approach to life. What I have seen most often is the questioning of whether setting goals is helpful or maybe even hindering you to live a fulfilled and especially a conscious life. First and foremost Leo Babauta of zenhabits wrote about the idea of achieving without goals and that the best goal is no goal in 2011. It spawned some discussions, for instance here. Some suggested that Leo has already changed his life up to a point where goals weren’t necessary to turn it around anymore, arguing that he can „afford“ to live without goals since he is on his path already.

The Single Biggest Drawback of Any Goal

While I know that goals make change happen, I also experienced what I would call the biggest drawback of goals first hand: 2001 I started an internet gaming network and always used goal-setting for the companies goals and also for my personal goals. While it created the drive that we needed, I also felt frustrated all the time. The reason was that I constantly felt like I wasn’t there yet. The difference between the desired end-state (the goal) and the current reality was dominating my mind. I constantly lived for the future and not so much in the here and now. And on top of that I was unhappy about that status-quo. This is exactly the #1 issue with goals.

The danger lies in projecting yourself into the future and idealizing the future state as defined by the goal, which declares the present moment situation as something to move away from. So if you aren’t careful and aware of that, you tend to feel miserable until that brief moment when you, if at all, actually have reached your goal (after which you start the next one). Since the present moment is really all there ever is, this seems like a blueprint for eternal unhappiness.

Letting Go of the Mind’s Need to Control

This non-trivial conflict is probably what drives some to go goal-less and with the flow. Going with the flow means experiencing what you do in the here and now, not defining a clear endpoint. Instead you open up yourself to more possibilities to come in, letting be whatever happens in front of you, without the need to control the result.

You could also say you take your mind out of the equation when it comes to results. Instead you are ok with whatever unfolds eventually by your actions. You could further say it is not necessary that you make it happen, it is more that it happens through you.

Using Goals Without Neglecting the Now

So the question arises: Is there a better way to use goals?

Can you in fact use goals and work towards them in the here and now? I think there are ways to get there: for instance by setting goals and then letting go of the attachement to the end result. It is more like putting out an intention and let that work in the background while you are here and now.

I personally noticed something weird when I reached each of my goals: It never felt, as I expected, like a big deal when I reached any goal. It never came all of a sudden and never surprised me in any way. First I was frustrated with that, because I wanted that big jump in my reality – the feeling of making a huge step ahead – a real success! I believe the reason why I was never surprised is that I always had to become the person who is naturally in harmony with the goal to happen. I had to grow and change my mindset, skills and energy to have the reality my goal described.

So one way to learn from that is to set a goal and then feel like if you would be there now. This can shift you to be in harmony with the goal and therefore attract it more easily while you are still centered in the present (more on that here).