The 10 Most Limiting Beliefs About Money (& How to Remove Them) 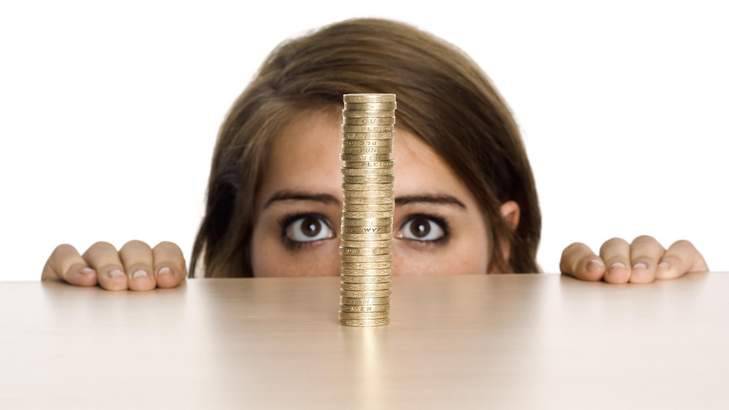 The #1 thing that will determine your financial success in life is your mindset towards money. As I already wrote in The Big Picture Guide to Get Control Over Your Money, your attitude towards money is actively creating your financial reality. And the most influential part of a mindset are the beliefs you hold true.

Unfortunately many beliefs are operating subconsciously. Once we accepted them they are our reality. Until we question them again. So the first step is always to get aware that these limiting beliefs about money exist at all. You need to find them.

What are Your Beliefs about Money?

Maybe your money beliefs are already empowering you to create an abundance of money in your life. But maybe there are still some limiting ones. Then it is relieving to get these limits out of your way.

So think about it, what does money mean to you?

This little exercise alone can reveal some of your limiting beliefs about money.

The Top 10 Limiting Beliefs About Money and Corresponding Supporting Beliefs

A common misconception, if you haven’t mastered this area of your life yet, is to think of money as something bad, or even evil. It’s an abstract belief, looking from the outside. Or maybe you have had some bad experiences with rich people and created the limiting belief that with money everybody will become like this.

Or maybe you think about when people make money their one and only goal in life. When they start chasing money and get blind for higher human values like love, compassion and character integrity. This, of course, is wrong. But it’s not the fault of money. The people doing it got it wrong. They made money their king. They have become a slave to money.

Money was created as an exchange medium for the value of traded goods. So it is just an expression of value. If you have a lot of money that means that you have created a lot of value, for other people. (I know there are exceptions to this, for instance a bank robber. But that’s no role model and you don’t want to become one either.)

So money is just a neutral medium that follows along with how you use it. It is your responsibility to make the best out of it.

„Money is neutral and a resource to do good in my life.“ [Tweet this!]

2. „Money is not that important. It’s only money.“

This limiting belief about money expresses that you don’t take money seriously enough. It’s not one of your priorities. But this is the exact reason why you haven’t achieved a satisfying situation with your money yet.

Treat money with respect and give it the time it deserves. Then „it“ will respect you.

„Money is one of my priorities in life.“ [Tweet this!]

Spending money on nice things has its place, you should enjoy your lifestyle. But don’t overdo it. You have to make sure to get into the habit of saving and investing money.

„The money I don’t spend makes me rich.“ [Tweet this!]

4. „The rich get richer and the poor get poorer.“

This is really a big excuse. It is especially an disempowering belief because it gives away your responsibility to care for your money situation. And whenever you give up responsibility you also lose power and influence over your life.

This is another piece of rubbish because it asumes that you cannot learn new things.

As I wrote in the Big Picture Money Guide you have to educate yourself about money. Study money. Then  improvements will follow naturally. Start by reading a good book about money.

„I learn and use knowledge about money every day.“ [Tweet this!]

The past does not equal the future. Especially if it isn’t even your past. You are a complete independent and individual person. What other people did or did not has no power over you. You decide now!

So take responsibility for your own life and learn to improve your financial life today.

„I can create my financial independence by learning and acting on it.“ [Tweet this!]

This plays into the scarcity mindset where you would think that there is not enough for everybody, including you. This is opposed to the abundance mindset, which assumes that abundance could be created for everyone, including you.

„There is enough money to create financial abundance.“ [Tweet this!]

And one part of it is to look for the smart way to get wealthy. Not in a sense of looking for a quick fix or doing questionable things, but by understanding what leads to wealth.

This means understanding how you can create real and lasting value for others and then offering it for a good price. This is true wether you are a business-owner, self-employed or employed.

„To get wealthy I just provide real value for others and ask for a good price.“ [Tweet this!]

Playing the „either rich or…“ game is based on the wrong assumption that to get rich you have to get out of balance. This is not understanding balance.

When you know where you can create real value for others, it just becomes one part of your life, as any other like health or happiness. It then will be just one part that goes well.

„Money is just one part of my life I handle exceptionally well.“ [Tweet this!]

Money is an representation of the value you have created for other people. As I said in the 1st belief it is a neutral medium and it’s entirely up to you what to do with it: good or bad.

If you are able to create value for others, that’s a giving personality already. If you use your money to help even more, reinvest it in your services or in the good services of others, then that is adding more value to other peoples life.

„The money I earned is showing the value I created for others.“ [Tweet this!]

If you believe any of those or similar beliefs you have to change the way you think about money. Because these beliefs are shaping how you handle your financial life and how you tend to create a reality aligned with these beliefs.

Expose Your Own Limiting Beliefs About Money

You can use „because“ and „but“ for exposing your limiting beliefs for any situation. Maybe you want to adapt the sentences a little to fit your needs.

Then try to come up with supporting beliefs about money as in the 10 examples above and overwrite the old limiting beliefs by affirmations. For instance repeat your new found supporting belief while you are jogging, relaxing, in the morning or before you go to bed.

Good luck and I wish you an abundant financial future!